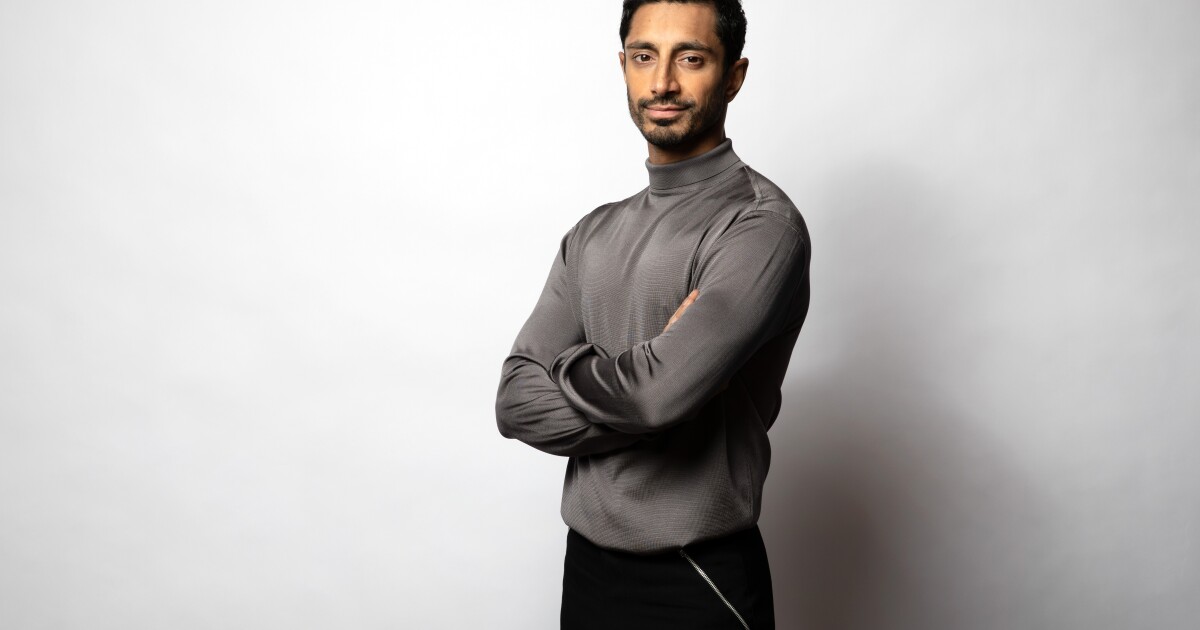 Riz Ahmed, the British Pakistani star of Amazon’s Oscar-winning film “Sound of Metal,” has long been disturbed by Hollywood’s depiction of Muslims as terrorists.

So he and and a group of activists are launching a series of initiatives aimed at combating stereotypes on screen and hiring more Muslim creators.

The actor and producer has teamed with Pillars Fund, a Chicago-based advocacy group, and the Ford Foundation to create $25,000 fellowships for Muslim storytellers. They have also commissioned a study that highlights the marginalization of Muslims in Hollywood.

Advocacy for Muslims in media comes as other marginalized groups have sought social justice and equity in Hollywood. After Black Lives Matter protests, the industry’s employers and unions have been under pressure to address their role in the lack of diversity across the film and TV business.

A coalition that includes Ahmed, Pillars and Ford also unveiled a “Blueprint for Muslim Inclusion,” calling on companies in the next 18 months to “sunset” terror tropes and to secure a first look deal with at least one Muslim creator.

“What we’re really advocating for is for Muslim artists and creatives to have control and be able to tell the stories that they want to tell,” said Kashif Shaikh, co-founder and president of Pillars Fund. “We’re not here trying to say that Muslims are all awesome. … We want messiness, we want nuance, we want to be able to sort of fit in that middle ground.”

As part of the initiative, organizers asked USC’s Annenberg Inclusion Initiative’s Stacy Smith, as well as a team of Muslim student research assistants, to analyze the depiction of Muslims on screen.

“There’s absolutely no reason why casting directors can’t act on this data and we would not be able to see a change next year,” Smith said.

According to the USC study, less than 10% of the movies surveyed included a Muslim character in a speaking role and 76.4 % were male. Only 4.4% of Muslim characters filled primary roles in the cast.

Across the 200 films analyzed from 2017-19, just one Muslim character identified as LGBTQ and there was one Muslim character shown with a disability. More than half of primary and secondary characters were shown as immigrants, migrants or refugees. Muslim women were stereotyped and depicted as submissive.

About two thirds of Muslim characters in the 200 films were depicted as Middle Eastern or North African, about 21% were Asian and only 5.6% were Black or African American. The study’s researchers found Muslim characters were most often rooted in times and places that promoted them as “foreign” or “other,” or were set in some fantastical past as with Walt Disney’s 2019 “Aladdin.”

In reality, Muslims are one of the most racially and ethnically diverse religious groups in the world, with the bulk of the Muslim population, about 62%, located in Asia. About a fifth of U.S. Muslims identify as Black, according to various Pew Research studies.

Violence is wrapped up in Hollywood’s conception of Muslims. Nearly 40% of Muslim primary and secondary characters were shown as perpetrators of violence, and more than half (53.7%) of these characters were targeted by violence, the study found.

“This is a unique moment for this research to come out,” said Noorain Khan, director in the president’s office for the Ford Foundation. “So many of the challenges that so many communities face are rooted in negative, entrenched cultural narratives.”

To help address the problem, the Pillars Fund said it will offer a first of its kind fellowship for Muslim creators in partnership with Ahmed, who will help select the first crop of seven to 10 candidates for later this year. The Pillars Artist Fellowship will give aspiring Muslim directors and writers in the U.S. and U.K. a $25,000 award, in addition to mentorship and other support.

Ahmed — whose Left Handed Films is based at Amazon Studios in Culver City, where his company has a first look deal — said his career would not have been possible without a scholarship and also a private donation to attend drama school.

The multiyear program will focus in its first year on directors and writers from film and television and in future years hopes to expand to include other crafts such as literature, music and visual arts. The resources for fellows will include workshops and fireside chats from the high-profile advisory committee whose members include Ahmed, Hasan Minhaj, Jehane Noujaim and Ramy Youssef.

“Having more Muslim storytellers tell their stories, having more nuanced, messy, humanized three-dimensional portrayals of Muslims is absolutely crucial and key, and we need to have that, but it all comes to nothing if we carry on churning out these really toxic and frankly racist and outdated portrayals as well,” said Ahmed, who won an Emmy for his role in HBO’s “The Night of.”

Inside the business of entertainment

The Wide Shot brings you news, analysis and insights on everything from streaming wars to production — and what it all means for the future.

You may occasionally receive promotional content from the Los Angeles Times.

Denmark apologises to children taken from Greenland in a 1950s social...