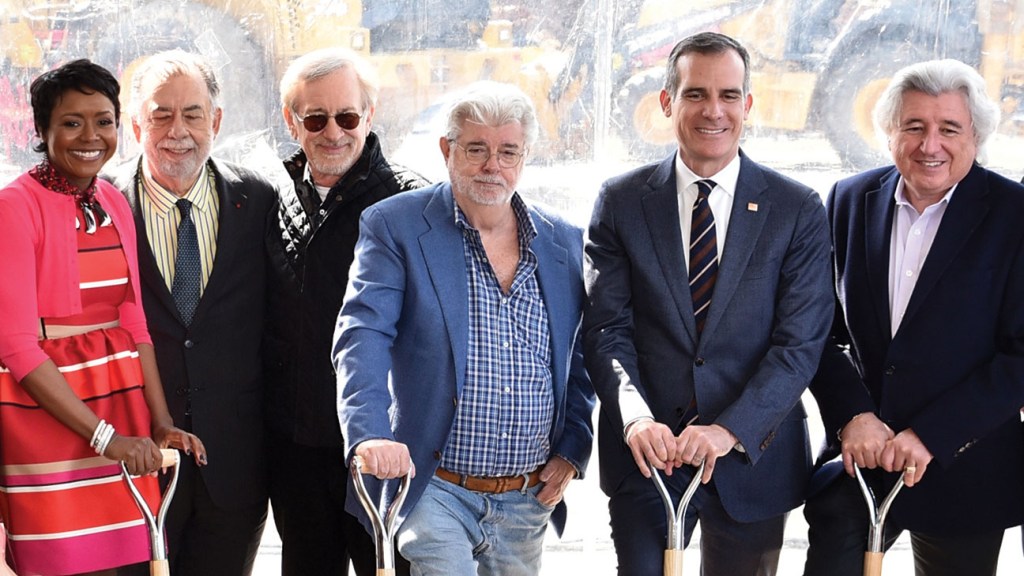 With Eric Garcetti expected to land a new role as U.S. ambassador to India, he’ll leave behind a checkered legacy as Los Angeles’ 42nd mayor. While the city’s decades-long homeless problem didn’t start on his watch, it did balloon into an out-of-control humanitarian crisis during his eight-year term. Yet Hollywood will lose an advocate who understood and relied on the media and tech industries to help define his tenure.

A member of the Screen Actors Guild who’s a classically trained pianist, Garcetti counts a number of industry players, including Jenji Kohan, Joey Soloway and Jimmy Kimmel, as friends. He appointed the city’s first film czar during his first term and was integral in convincing state lawmakers to triple annual funding for California film and TV tax credits to $330 million, which resulted in record boosts in local filming.

“He understood that our film and television industry is the lifeblood of L.A.’s middle class, and so we needed to bring back production so families didn’t have to move to foreign locations for three months,” says Eric Paquette, founder of Meridian Pictures and a former exec at Sony Pictures who served as head of finance for Garcetti’s first mayoral run. “Eric’s a naturally curious person and he’s been able to maneuver in all of these worlds with a high degree of authenticity.”

In 2017, Garcetti pulled off two major coups. The first was George Lucas’ announcement that he had opted to build his billion-dollar Museum of Narrative Art in L.A., which beat out San Francisco, Lucas’ hometown. A few months later, the International Olympic Committee announced that it had selected L.A. as the host city for the 2028 Summer Olympic Games.

Furthermore, with the Snap IPO in 2017 and the opening of Google’s new offices in Playa Vista’s Spruce Goose hangar in 2018, Garcetti can lay claim to turning the dream of Silicon Beach into a reality.

Whether his successor will be able — or even aspire — to court L.A.’s evolving media industry is an open question. Political consultants note that the profiles of the stable of presumed candidates have nothing close to the relationships that Garcetti had.

Some speculate that if real estate developer Rick Caruso decides to run, he may consolidate industry support due to name recognition, business ties and connections to Hollywood players. Council member Mark Ridley-Thomas is mulling a run. Ridley-Thomas’ past work with the homeless advocacy group LA Family Housing helped him build a relationship with former Warner Bros. exec Blair Rich, which may come in handy during the campaign. Council members Joe Buscaino and Kevin de León, also considering runs, will likely pick up support.

One consultant, who declined to speak on the record, even floated Walt Disney Co. chairman Bob Iger’s name as the ideal industry candidate. Iger, who has previously hinted that he’d consider running for public office and has been in the mix for Biden administration ambassadorships, is slated to retire as chairman at the end of the year. On June 3, Iger sold $98.7 million worth of Disney shares.

And though Iger has made no mention of running, that hasn’t stopped political observers from hoping. “He definitely should run,” says the consultant before adding with a chuckle: “What else is he going to do?”

Man shot, killed while sitting in his car in Hollywood, police...

Brexit rules mean more Brazilians may be on their way to...

The Champions League changes which could have a major effect on...