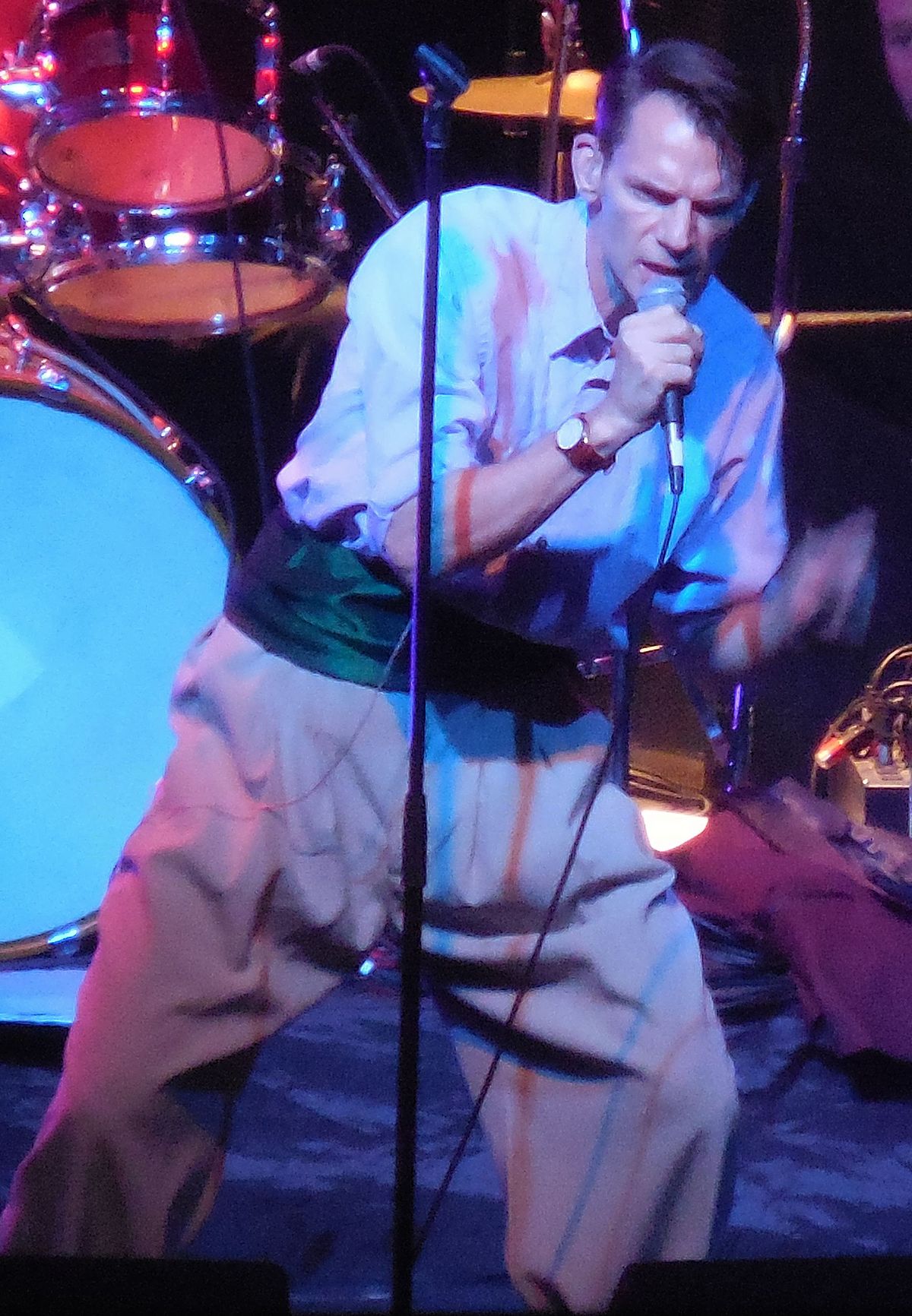 Facing the music: Summer concert festival organizers see no path ahead in pandemic

Summer 2021 was supposed to mark the triumphant return of Canadian music festivals. Instead, it’s ushering in another season of disappointment. As Covid-19 cases rage across the country, many of Canada’s beloved summer music events are falling like dominoes as organizers abandon any hope of a return this year. Since the start of April, RBC Bluesfest in Ottawa, Country Thunder festivals in Craven, Sask. and Calgary, as well as folk festivals in Winnipeg and Edmonton, have announced cancellations. – David Friend, CP

In 1983, the Canadian synth-pop New Wave band Blue Peter accompanied its song Don’t Walk Past with a video marked by a noir-futurist aesthetic that was cutting-edge. The main attraction was front man Paul Humphrey, a telegenic singer of the debonair and baritone Bryan Ferry kind. “I actually thought the video was too cool to be Canadian,”  said Barenaked Ladies co-founder Steven Page, a suburban teenager in the early 1980s. – Brad Wheeler, Globe and Mail

A letter penned by Alberta`s top doctor outlined a capacity plan for summer festivals and performances. The letter details specific timelines for what could be possible this summer amid the ongoing pandemic. – Phil Heidenreich  Global News

Must-watch music video: The tide is high but Keeper E. is holding on

A fresh new voice in the Halifax scene that’s ready to talk about the climate crisis. Adelle Elwood—better known by her artist moniker Keeper E.—gives life to climate conscious claustrophobia through split-screen in her new video. – Alec Martin, The Coast

How many streams does a musician need to buy a guitar pic? Just ask Nathan Fleet

A musician’s worth isn’t what it used to be. And it’s all because of streaming. Just ask Nathan Fleet, he’s done the math. The Hamilton-based musician  released his last album, “Love Hate City,” in 2017 when musical downloads were still the in-thing. People would pay for a song on iTunes for 99 cents and the artist would receive about 60 cents from that. – Graham Rockingham, Hamilton Spectator

Music on Main presents five nights of music and conversation with Listening. Together.

Everything (and everyone) old is new again this week. Nothing wrong with that.. – Darryl Sterdan, The Tinnitist

The empty hill: a look at the impact of a second year without the folk fest

In a bummer new tradition, the Edmonton Folk Music Festival recently pandemic-pulled the plug on this year’s Aug. 5-8 event Monday morning — notably a week earlier than they did in 2020. It’s another cultural body blow. – Fish Griwkowsky, Edmonton Journal

Generations of music lovers have built their own personal soundtracks thanks to Encore Records. That list includes this journalist. –  Marshall Ward, Waterloo Chronicle

Grandmothers doing it for themselves: Canadian bubbies hold a virtual benefit concert to help their African counterparts

On Our Radar: Dany Laj & the Looks get the vintage vibe perfect in video for “Don’t Keep Me Guessin'”

With the video for “Don’t Keep Me Guessin’” by Dany Laj & the Looks, the first thing that hits you is the way that Laj and bassist Jeanette Dowling look like they’ve just hit the Motherlode at Little Miss Vintage on Commercial Drive. – Mike Usinger, Georgia Straight

Warner Music Group (WMG) and Spotify have entered into a new partnership that will see the two companies develop a series of original podcasts built around WMG’s artists’ and songwriters’ catalogs. According to WMG, the deal will see podcasts made that tell stories “behind some of the biggest hit songs and get an inside look at the work of their favorite artists and songwriters”. –  Murray Stassen, MBW

After half a decade of streaming-driven growth the global music business hit a speed bump in the shape of the pandemic. Live music stopped in an instant, radio boomed then dipped, and physical sales plummeted as stores closed. The music business will recover, but this enforced slowdown has had an important, unintended consequence: artists and songwriters have had to adjust to often dramatic falls in income – a light has been shone on music royalties. –  Report by Mark Mulligan and Keith Jopling, Midia research

ABBA’s Bjorn Ulvaeus urges reforms to pay songwriters their due

The pandemic’s rampage through the music world has laid bare the industry’s flaws, shining a bright light on “the plight of songwriters,” says ABBA’s Bjorn Ulvaeus. – Global Times

Prince Philip’s pen pal of 40 years on private jets, sing songs and his mischievous side

Exclusive: Musician Liona Boyd tells how she “clicked” with the Duke of Edinburgh when they were introduced at a royal event in the Seventies and have sent well over a hundred letters to each other. – The Mirror

The upcoming reissue will include unreleased material. The Man Who Sold the World is itself an oddity in the David Bowie canon. With dark, surreal lyrical themes and music that’s proto-heavy metal, the album, recorded in 1970, is an outlier, a drastic change of direction from the folk-rock that preceded it. It marked the beginning of Bowie’s nearly unparalleled run of innovative albums throughout the 1970s.– Jem Aswad, Variety

For a dozen and more reasons, Diane Warren would be overjoyed to win a best original song Oscar for her work in “The Life Ahead” starring Sophia Loren. A trophy for the Italian-language film’s song, “Io Si (Seen),” would be Warren’s first after 11 previous Academy Award nominations came up short. – Lynn Elber, AP

The uncomfortable reality of The Rolling Stones song ‘Brown Sugar’

Rock ‘n’ roll, from its very origins, is inherently touched by darkness, but for ‘Brown Sugar’, The Rolling Stones seemed to be operating with the steadfast aim of mining the depths of rock’s densest dark matter and packaging it in a thrashing little ditty. It might not sound that way on the melodic surface, but few songs have a darker undercurrent than this troubled 1971 icon. – Tom Taylor, Farout

Chet Baker: In retrospect, a high priest of Cool

Some music from jazz legend Chet Baker this weekend – actually, the attraction for me was Renè Thomas, who was an extraordinary guitarist. But we’ll go with Baker too. This one was recorded by RAI on April 15, 1962 at a club in Bologna, Italy. – Gordon Skene, Past Daily